As the weather begins to get warmer, those of us who experience hayfever will be getting ready for the runny nose and itchy eyes. There are actually three types of pollen which can trigger hayfever though most people don’t experience more than one. The three different types mean that hayfever season in the UK actually runs from March to October, differing depending on which pollen you have an allergy to. Hayfever affects many adults and older children; with many also developing it later in life. However, in answer to the question of whether babies can get hayfever; yes, they can. 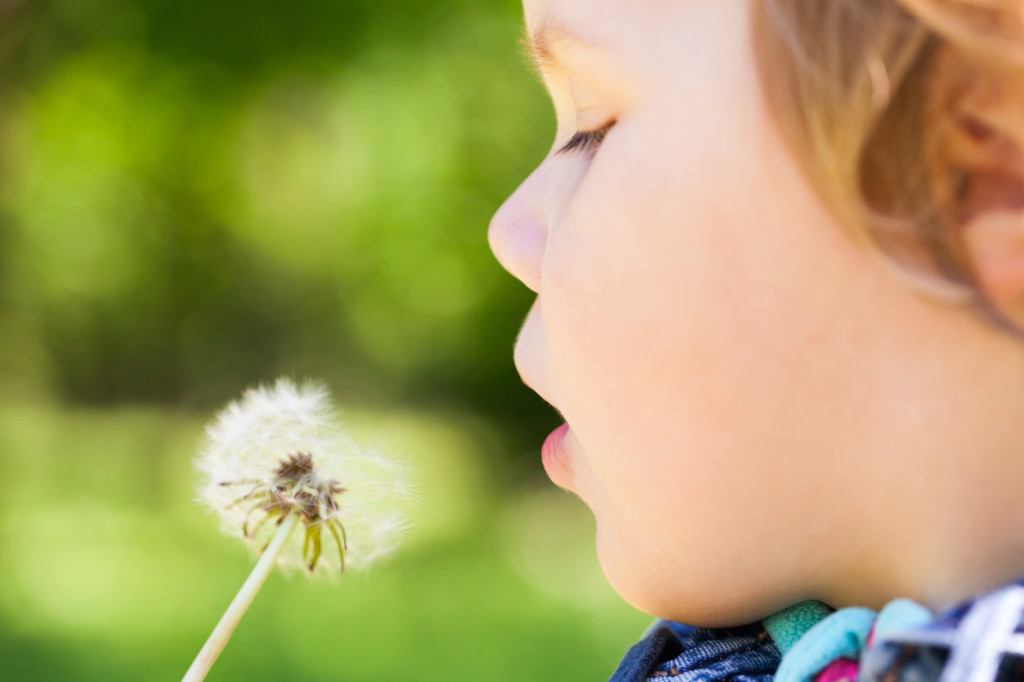 Hayfever is an allergic reaction to pollen. It is fairly common and can irritate the nose and eyes as well as cause other issues. Hayfever is prevalent in the UK from March through to September. It begins in March with tree pollen which generally affects people until May, from May through the July grass pollen is common and from June to September it is weed pollen which can affect us. Most people will only be allergic to one type of pollen however some can suffer an allergy to two or even three. You can generally tell which you are allergic to by the time of year when you suffer the worst symptoms.

Symptoms of hayfever in babies are generally very similar to hayfever symptoms in older children and adults however as they can’t tell you how they are feeling some things to look out for include:

As hayfever is seasonal, these symptoms shouldn’t last year-round therefore if your baby is suffering year-round it is best to talk to the doctor about other potential allergies.

You can take your baby to the doctor for an accurate diagnosis of hayfever, however they won’t prescribe anything to babies under 1 year. Therefore, for babies you should consider some home hayfever remedies.

The first thing to do is to limit their exposure to pollen as much as possible; do this by keeping them indoors on days where there is a high pollen count, keeping windows closed, not hanging their clothes out during hayfever season, and washing their hands, face and clothes after spending time outside.

In addition to this, you can use things such as Vaseline around their nose to prevent pollen getting to it and washing their face with cold water regularly; not only will this help remove pollen but it can soothe itchy eyes.

How to Use the Five Rs to Become a Sustainable Parent

If there’s one thing we’re certain of, it’s that little ones need stuff – and a lot of it too! That’s why practicing an eco-friendly lifestyle can seem impossible when you have...

END_OF_DOCUMENT_TOKEN_TO_BE_REPLACED

Doing our bit for the planet is Pure Joie

At Joie, we’re the best of both worlds – smiles and sunshine but serious about supporting others too. That’s why our core philosophy is to serve your family, our community, and our...

END_OF_DOCUMENT_TOKEN_TO_BE_REPLACED

Why You Should Take a First Aid Course

Children are notoriously prone to bumps, bruises and scrapes- and as a parent, it’s always handy to know how to deal with any injuries that might arise. Here are just a few great reasons...

END_OF_DOCUMENT_TOKEN_TO_BE_REPLACED

The first chapter in your cherub’s life draws to a close with months 10-12. Here are some of the exciting things you can expect as your baby approaches the age of one!

END_OF_DOCUMENT_TOKEN_TO_BE_REPLACED

How To Prepare For Your First Holiday With Baby

Your little angel’s first holiday is such an exciting time, filled with fun and new experiences. However, planning baby friendly holidays is not the easiest task. It can be tricky to figure...

END_OF_DOCUMENT_TOKEN_TO_BE_REPLACED

Guide To Finding the Right Childcare

From day one, you and your baby have been stuck together like glue, spending every hour of every day together. But unfortunately, this can’t last forever- jobs, social commitments, or simply needing a break...

END_OF_DOCUMENT_TOKEN_TO_BE_REPLACED

Everything you Need to Know About Your Baby’s Weight

As a new parent, it’s completely natural to have a lot of questions when finding out just how many pounds and ounces make up your little bundle of joy. Weight is an...

END_OF_DOCUMENT_TOKEN_TO_BE_REPLACED

What are the Early Signs of Labour?

Pregnancy can feel like it lasts a lifetime – a never-ending combination of aches, sickness and general discomfort. But, before you know it, your due date arrives and with it, the labour,...

END_OF_DOCUMENT_TOKEN_TO_BE_REPLACED

After bringing your gorgeous babe into the world, it’s natural to start thinking about when he or she will begin to do things. When will their tiny fingers curl around yours or...

END_OF_DOCUMENT_TOKEN_TO_BE_REPLACED

The Best Christmas Gifts for a 1 Year Old

Your little festive elf’s first Christmas will be one of the most exciting and memorable times as a parent. However, the fun really begins once your munchkin reaches the tender age of one, becoming more active, and probably...

END_OF_DOCUMENT_TOKEN_TO_BE_REPLACED

Packing Your Hospital Bag: Which Home Comforts Should You Take?

Many expectant parents will pack their hospital bag a couple of months ahead of the due date – around 32 to 35 weeks. Preparation is key so that you can have everything ticked off your list and save yourself the stress later...

END_OF_DOCUMENT_TOKEN_TO_BE_REPLACED

Your little one’s first Christmas will be one of the most memorable times to date. Whilst they’ll be too young to understand the celebration, having a teeny cutie smiling away, along with your baby’s first Christmas stocking filled with presents, makes the day more magical than usual. Not...